A Special Campaign of the American TFP 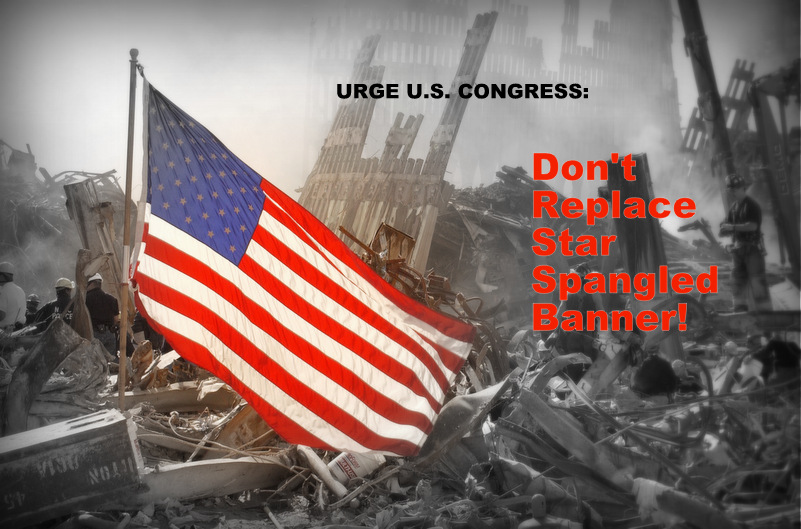 Leftists are seeking to change the national anthem of the United States for something that is more "politically correct." Some have suggested replacing the "Star Spangled Banner" with "This Land is Your Land," or even John Lenon's "Imagine," a marxist-inspired song about no God, heaven, hell, or even national identity. According to reports:

"'The Star-Spangled Banner' was officially made the country's national anthem in 1931 but before that, it was a poem called the Defence of Fort M'Henry written by Francis Scott Key. "Key was reportedly an owner of slaves and once defended slaveholders' rights to own human property, according to The Smithsonian.

"On Saturday, ABC News reported that a statue of Key in San Francisco was toppled by protesters during demonstrations against racial injustice... Lyndsey Parker of Yahoo Music, published an article with the headline: 'Why it might be time to finally replace 'The Star-Spangled Banner' with a new national anthem' which sent the internet into a frenzy." (FirstCoastNews.com; emphasis added)

This is absolutely unacceptable. To erase our national identity will not "improve" any social unrest our country is suffering. On the contrary, it can only cause greater polarization and confusion which leads to tribalism. And who could think of having a national song as banal and soulless as "Imagine?" Please sign our petition, urging our lawmakers to keep the Star Spangled Banner as our National Anthem.